Strolling through the streets and alleys of Pals transports us directly to medieval times: we find stone vaults, horseshoe arches, portals, romanesque and gothic windows, etc. Looking at the details, we will also find the footprint of the ancient settlers on the stone where they carved the anthropomorphic graves corresponding to the high Middle Ages.

You will find Plaza Mayor square, the Visigothic tombs, the church, the castle, the Tower of the Hours, the wall … that will be left behind along the route until you reach the Josep Pla viewpoint from where you can contemplate the Empordà beauty, dominated by the Montgrí mountains with the Medes islands in the background.

But Pals is not just an old town; we also find an interesting group of farmhouses and some fortified ones, Mas Roig, Torre Pedrissa, Cap dels Anyells, Mas Tafurer, known as Molí de Pals, Mas Gelabert, Mas Jofre or Can Pou de Ses Garites. There is also the Mora tower watching from the s. XV the coming and going of seafarers, a space currently surrounded by tables and benches for public use with a large pine forest ideal for children’s games.

When we talk about Pals we cannot forget rice, essential in the kitchen and determining for the landscape, very changeable depending on the time of year. The rice fields become mirrors in spring when the landscape bursts with light and color, offering twice as much beauty. The paths run between fields offer the visitor the possibility to do excursions either on foot or by bicycle. The bravest can reach the highest point of the Quermany mountain, very popular in our territory, also on foot or by bicycle. 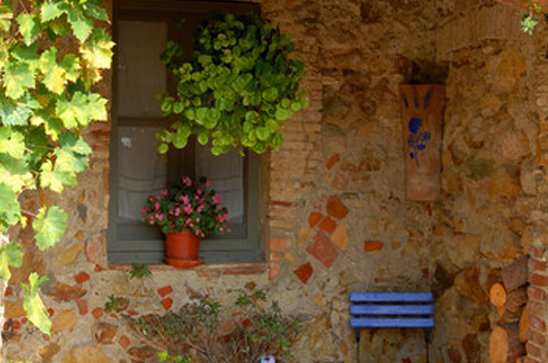