The Iberian site of Puig de Sant Andreu de Ullastret is the largest in Catalonia. It was the capital of the Iberian tribe that ancient authors called Indigetes.

The site dominated a large territory from which it exploited economic resources, especially agriculture and livestock, but also mines and quarries. They traded with nearby indigenous communities and, through the neighbouring Greek colony of Empúries, with Greeks and Phoenicians.

The Ullastret site has a small monographic museum that collects a good sample of the archaeological pieces that emerged from the excavations, not only from the Iberian city of Ullastret, but also from its immediate surroundings.

The museum is organised by thematic areas that explain the general site evolution and show the most representative aspects of its material culture. These areas include chronologically from the first settlers of the territory to the abandonment of the city with the arrival of the Romans.

The route that the visitor has followed from the site and through the museum is completed in the immersive room, where an audiovisual recreates through virtual reality as Ullastret was more than 2200 years ago.

The Ullastret headquarters of the Museum of Archeology of Catalonia has spaces suitable for holding some events: receptions, congresses, seminars, presentations, etc … 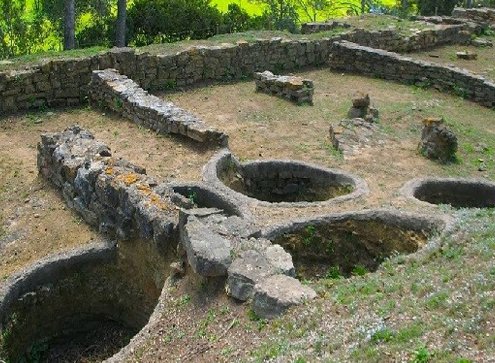